Please note that we use cookies to provide highest-quality services. By continuing to use the website lublin.eu you accept that cookies will be placed on your device. You can change your browser settings at any time. More information can be found in our Privacy Policy.
You are here: 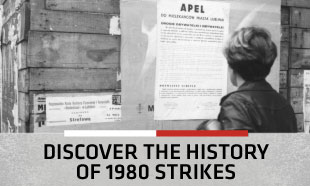 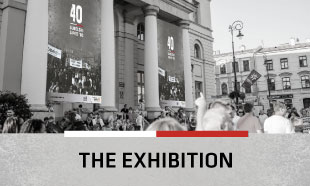 Between 8th and 25th of July 1980, a huge wave of strikes passed through Lublin and the region. It was initiated by a strike at the Communication Equipment Factory in Świdnik. It was then that the Lublin July began, which later sparked the famous August 1980 wave of strikes in the cities on the Baltic coast. Some of the researchers say that the collapse of the Communist system of Poland did not start in the Gdańsk Shipyard in August 1980, but a month earlier in Lublin and Świdnik.

Despite the scale of these events, there was not a word about it in the local or central press. Most possible information you could get from the audition of Radio Free Europe. The strike of railwaymen became the symbol of Lublin July'80. The legend says about the locomotive being welded to the tracks.

The "Appeal to the citizens of Lublin" was an evidence of the seriousness of the situation. It was hung around the city for "prudence and peace" and to keep working. There was no such a thing before. This showed that government was losing control over the society. The events in Lublin gave people faith in their own strength, and showed a deep alienation of the government from the society. There was an atmosphere of anxiety but also of sympathy for the strikers while walking around Lublin at that time. In this way, new bonds were formed between people in an atomized society. The culmination of this was the creation of "Solidarity" in Gdańsk.